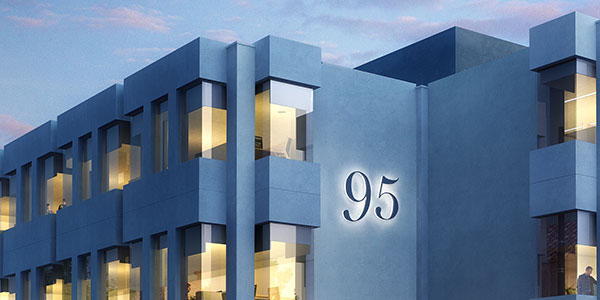 The transformation of a former Lloyds Bank building, from tired 1970’s accommodation into modern office spaces filled with natural light.

95 Regent Street was constructed in 1974, following a 50-year lease commitment from Lloyds Bank. Howard Group acquired the investment in December 2008 as part of our continuing commitment to investing in quality sites and buildings in and around Cambridge. The iconic Portland stone building occupies one of the most prominent corners in the city.

The upper floors of the building historically housed administrative offices for Lloyds Bank, although over the years these offices were gradually closed and the upper parts became fully vacant by 2015. The eventual closure of the bank branch in 2018 led to the entire building sitting vacant and in poor repair, albeit let to Lloyds for a further six years.

In October 2018 we agreed a surrender of the Lloyds bank lease, releasing them from their remaining commitments and taking vacant possession of the entire building. A comprehensive refurbishment programme was embarked upon, with a pre-let agreed to Invenia Labs for the 8,000 sq ft second floor. Following planning consent for external works and a change of use, the refurbishment took place between April and August 2019.

The refurbishment works at 95 Regent Street involved the replacement of two former entrances to the building with a large, reoriented reception area, ‘turning’ the building to address pedestrians travelling south-north from Cambridge central station. The light, bright lobby transforms this prominent corner and opens the building up with a feature wall and building signage within and above.

Internally, the offices were comprehensively refurbished to a cat A specification, with exposed services and ductwork, new LED lighting, air conditioning systems and a new toilet and shower block at ground floor level. A new lift was installed to service all floors and the common areas decorated throughout.

With minimal car-parking available for the building (four spaces) cycle provision was a key part of the refurbishment strategy. In addition to comprehensive shower provision the six metal hoops on the back wall have been replaced with 85 secure cycle parking spaces within covered cycle shelters, internal cycle stores and a new, secure compound to the Gonville Place side of the building. The exterior walls of the building have been deep-cleaned and the external hard landscaping removed and replaced with a clean and contemporary bonded gravel finish, detailed with new granite sets.

Attracting the next generation of R&D tech businesses and investors

As Invenia settled into its second-floor home, IQ Capital, which provides investment and expert assistance to rapidly scaling IP-rich technology companies, signed a lease for 2,400 sq ft of first floor space in September 2019. Shortly thereafter, in October 2019, Invenia completed a second lease for the remainder of the first floor - an additional 6,000 sq ft of space.

As 2019 drew to a close, Invenia - whose team of scientists and engineers focus on machine learning to optimise complex decision making and reduce efficiencies to help solve key world challenges - reached out to us once again regarding the potential for yet more space within the building. Keen to support and facilitate this innovators’ growth, our resulting negotiations culminated in the completion of a third lease for the tech company, for the entire ground floor (8,000 sq ft) in January 2020. 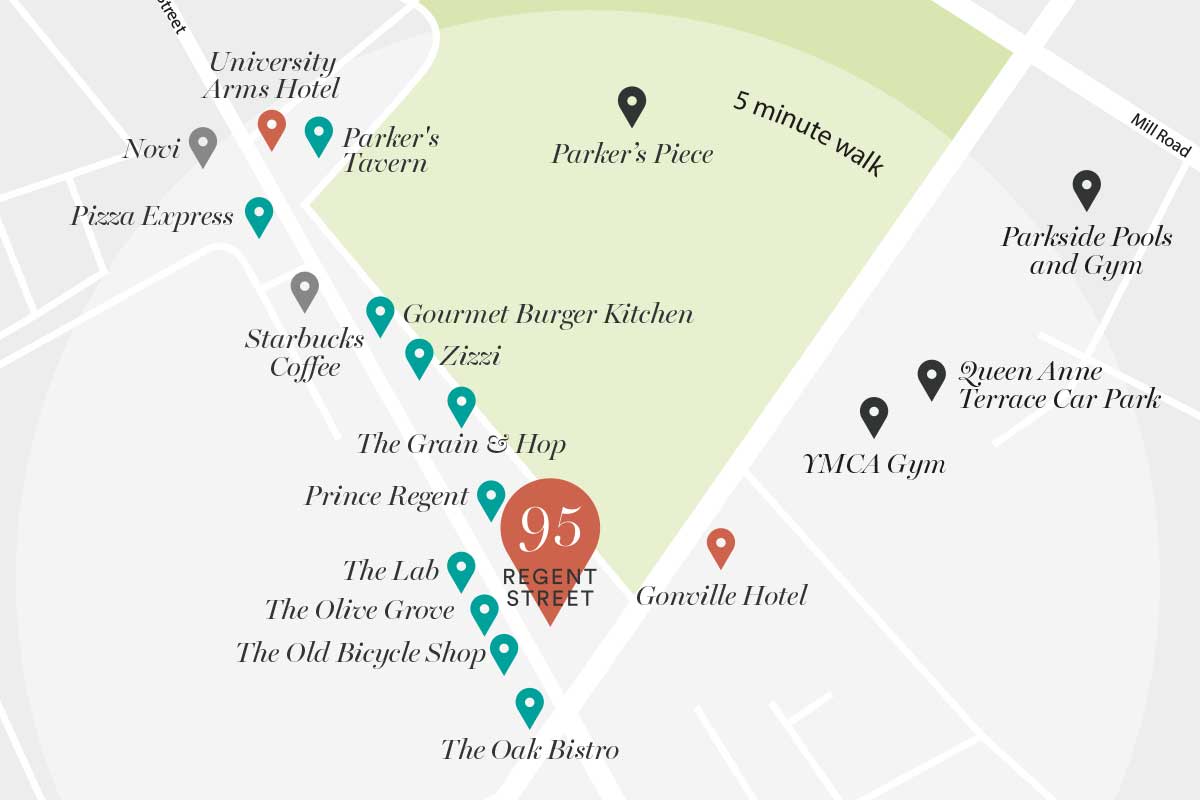 Prominent position, at the gateway to Cambridge city centre

Having acquired the building in 2008 and gained vacant possession in Oct 2018 an extensive refurbishment programme followed, including the strip out, reconfiguration and full refurbishment of the entire building. Howard Group fitted out the common areas as well as the ground and first floor office spaces. Additions included a new lift, four showers, storage for 85 bicycles and a large, reconfigured reception area.

A high-profile building occupying a prominent position on Regent Street and backing onto Parker’s Piece, 95 Regent street sits at the gateway to Cambridge city centre, within the city’s central business district.