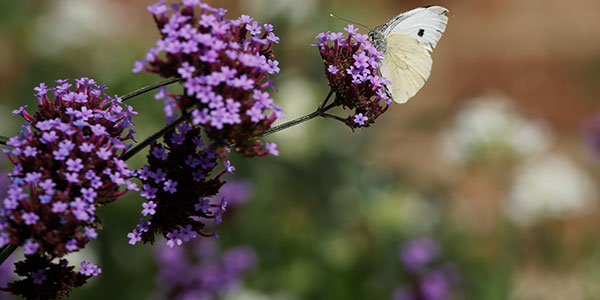 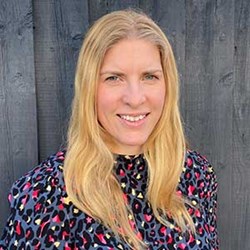 Previously a Fund Manager in London, working for one of the largest real estate investment managers in the world, Katherine left the global corporate world behind to begin a newly created role within our family-owned business in Cambridge.

“I've had a really big lifestyle change,” says Katherine. “Like a lot of people, the pandemic prompted a little bit of a reset on work-life balance and what was important. I was commuting on the train from Cambridge to London, and now I’m cycling to work, have more time with my family which has been hugely valuable, and I have a new, exciting challenge ahead of me within Howard Group”.

Katherine says that transitioning from a large corporate to a family company has been refreshing in so many ways: “Howard Group really appealed to me. I worked predominantly on retail property in my previous roles, so the diverse portfolio that Howard Group has attracted me as I wanted to get involved in different asset classes.

“But I also wanted to feel like I was making a difference. In a large corporate with thousands of employees worldwide, that can be quite difficult. Here, I’m part of a small team; it’s much more hands-on, we all work closely together and there is a huge amount of collaboration between each individual because everybody brings something valuable to the table.

“I have found it refreshing that we are all working towards the same goals, everybody is involved in near enough every scheme and we all provide our slightly different experiences and specialisms. I picked up, before I even joined, that the team ethos was something that the senior managers and Nicholas Bewes, Howard Group CEO, really promoted and that is very much the case.”

The other benefit, Katherine says she recognised quite early on, was the enduring values of a family-owned business: “It’s a multi-generational business with an inherent mindset to ensure that it is fit for purpose for generations to come. As a consequence of that, the business isn’t short-termist; it can take long-term views and well considered decisions are made on this basis.

A genuine desire to do the right thing

She adds that there’s a sincere desire, across all layers of the business, to treat everybody fairly, to provide exemplary customer service and to get to know each and every occupier: “There is a clear focus, not just on employee well-being, but a deep-seated recognition of the effect that the business can have on the wider community. It’s a third-generation family business that has been operating in the Cambridge area for many years now and the long-standing team have manylocal connections.

“It feels like there’s a strong kind of moral compass and a genuine authenticity around that; for example, Nicholas’s  involvement with Landaid, the property industry charity supporting vulnerable young people. I’m not saying that a large corporate wouldn’t do that but I don’t think there is the same kind of personal touch or recognition to do the right thing. Howard Group is here for the long-term and that shows in the relationships with occupiers, partners, capital ventures and the wider community.”

A true understanding of place

In the few months that Katherine has been with Howard Group, she has already seen demonstrable examples of the company’s modus operandi in action: “Unity Campus in Sawston is a great illustration of Howard Group’s long-term, strategic approach. Established relationships have been built up over many years, and with a wide understanding of the property markets within which the Group operates, we can expertly analyse and assess what we think the future requirements of our properties are and match that up with the occupiers’ needs. We feel part of their journey too, so it’s important that we get under the skin of what’s needed ahead of time.

“The Works was the first building completed within the Unity Campus redevelopment but has been considered in light of a wider regeneration of the site. However, it’s not just about the physical space, although the building looks spectacular, it’s about creating a community and improving upon what was there before. The Street in the centre of The Works provides informal collaboration space for our occupiers. Additional amenities such as the fitness centre, the book exchange and the Amazon lockers encourage connectivity and promote wellbeing. So, it’s not just about the bricks and mortar, it is thinking what our occupiers are going to require and investing in places for the benefit of the people working there.”

In response to those future occupiers needs, and wider market requirements, there are plans for the development of three new buildings at Unity Campus. Katherine says: “We are likely to be going into detailed planning shortly and have now commenced marketing the additional space  to prospective occupiers - it’s very exciting! Sustainability will be high on the agenda,  for example, we are aiming for BREEAM Excellent and the design team are using carbon calculators as they develop all aspects of the buildings to ensure that we are monitoring the embodied carbon levels of each design decision, particularly within the frame, superstructure and substructure of each bulding”.

“We are fortunate to be part of the Cambridge story, being within a globally recognised university city that is renowned for life sciences and bolstered by both the academic talent attracted by the University and the quality of life offered in  Cambridge. The pandemic has also highlighted R&D space from a real estate investors’ perspective, recognising that lab space is an extremely worthwhile investment in particular.

“Location is always key but contrary to the last few decades, the pandemic has changed people’s views on both living and congregating in large groups. Therefore, workspace being located in a very large city which requires public transport to access has not offered value for money for occupiers in the last 18 months with many offices left unoccupied. Only time will tell if this is a short-term blip because of what we have all been through, or a longer-term, more permanent change. That said, a smaller, more-accessible city such as Cambridge offering a good work / life balance, a skilled workforce and excellent transport links will continue to thrive as life returns to a post-covid normal”.

The future of the workplace

Katherine foresees a change in the office market, through demand in the longer term for better quality offices: “Covid has demonstrated the need for greater ventilation and better planning to give employees more space. Therefore, older, poorly configured offices are going to become obsolete more quickly. I expect that occupiers will require similar floorspace requirements as before, but more attention will be spent in space planning and actual configuration of workplaces. The way in which they design their space will be different; more collaboration areas, more breakout space and flexible working may well allow for an element of desk sharing to make room for more team space.

“The use of the workplace versus home working will be dictated by individual senior managers. However, having spent more time working from home, employees will expect more facilities in terms of showers, more well-being provision, better outside space, and amenities to encourage them to leave their homes and return to office working.

“I feel privileged to have joined Howard Group at such a pivotal point in the sector and look forward to delivering best in class property solutions with positive and lasting commercial, social and environmental value.”