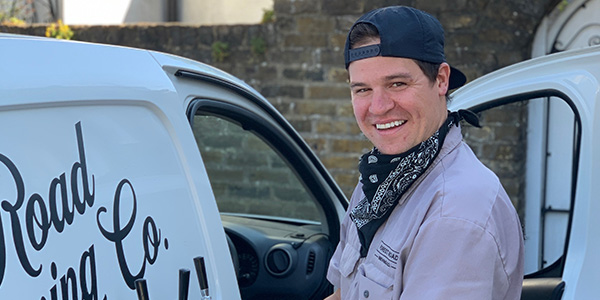 The Elizabeth Industrial Estate, on the border of Bermondsey and Lewisham Boroughs is one of the most exciting regeneration and growth areas in London and has seen unprecedented investment in recent years. The region stands to benefit from further large-scale infrastructure improvements over the coming years, including a new railway station. This level of activity and investment has made the area, and the estate, increasingly attractive; sparking a cultural shift away from the more traditional industrial users to ever growing numbers of creative and artisanal occupiers. The community culture alongside other more practical requirements, such as having sufficient ceiling height within its unit to accommodate a 50-barrel brewhouse and excellent accessibility in to and out of central London, were defining factors for Forest Road when deciding where to locate.

Having brewed its first 60 litre batch of beer in a garden in East London in the summer of 2015, Forest Road went on to brew a further 15,000 litres with the Leroy family in Boezinge, Belgium. Since then it has brewed and sold over 1.7 million pints of beer and counting and now supplies a number of well-known pubs and restaurants across London including Michelin starred restaurants Ellory and Pidgin in Hackney, the Soho House members’ clubs and further afield, Glastonbury festival. The Forest Road team take pride in using traditional brewing practices and naturally sourced raw materials to make consistent, flavoursome beers, which have been applauded by fellow craft brewers (Doug Odell, founder of Odell Brewing) and food and drink writers (Will Hawkes) alike.

The Forest Road story now continues at ElizabethIndustrial Estate, where founder, Pete Brown and his team aim to set up and commission their own brewery - with equipment acquired from the Russian River Brewing Company, a well-known IPA producer in Northern California and shipped to the UK by boat - to enable them to brew exclusively in England.

Simon Messervy, Director – Property Services, Howard Group commented: “The complexities of accommodating a brewery into an industrial unit were many and varied, particularly when conducting those discussions within our currently socially distanced world. However, through team-work and a genuine excitement about the opportunity from both sides, we are delighted to now welcome the Forest Road team to the estate. Forest Road joins an increasingly diverse number of creative industries and artisans on site including artists, a candle-maker, florist and a bakery, which is a real departure from the heavy industrial users we would have expected to see a decade or so ago. We look forward to welcoming additional makers and artisans as the estate continues to transform to reflect the culture of the surrounding area.”

Pete Brown, Founder, Forest Road Brewing Company added: “When you have 24,000 litre tanks with 8.5 metre eaves requirements – it makes finding a site in London pretty difficult! After four lost sites, we are utterly thrilled to be bringing our new production facility to Howard Group’s Elizabeth Industrial estate. The fully commissioned world-renowned brew kit combined with the industry buzz around our beer production coming under one roof will undoubtedly excite drinkers and beer lovers from around the world. We are incredibly proud to begin the next chapter of our fully independent brewing business in this special place.”