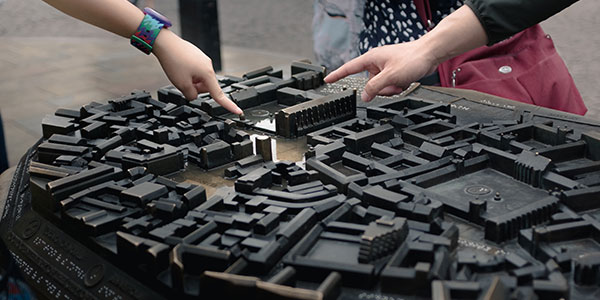 Out with the corner office and in with the yoga studio. The workplace as we know it is changing with an ever increasing focus on wellbeing and amenity. Our select panel evaluates what is needed in the commercial real estate sector to create competitive advantage amidst a climate of change...

The 2018 Deloitte Building the Future report into predictions for the real estate industry provided a valuable starting point for the recent Howard Group roundtable, highlighting key topics for discussion.

Deloitte’s Assistant Director Chris Robinson, a Cambridge Land Economy graduate, co-authored the report. Along with colleague Richard Maung, he joined a panel of industry experts to gain further perspectives on the trends the firm has identified.

As a regional developer, investor and commercial landlord, Howard Group is focused on the future and welcomed the opportunity to bring leading minds to the table to share insight. With the group’s most ambitious development Unity Campus at Sawston underway, the theme of innovation and disruption is one that is firmly on CEO Nicholas Bewes’ agenda as the group prepares the family-owned business for the next generation.

As occupiers' needs evolve to respond to trends such as co-working and the impact of technology as a catalyst for agile working, office space is particularly exposed. “The question we need to ask is whether this will result in reduced or reshaped footprints?” began Nicholas. “And do we understand how to anticipate Millennials as leaders making significant strategic decisions?”

Responding, Bidwells’ Will Heigham shared insight from the firm’s recent Trumpington HQ redesign. “We’ve actually grown in terms of staff but in a team of eight, for example, we’ll only have four desks,” he explained. “Similarly, instead of ten meeting rooms, we now have five.”

Will, who heads up the Office Agency division, is also seeing this trend in the market with occupiers taking a much more efficient approach to procuring space. “It’s a dynamic that’s going to make the take-up of office space less, because organisations will look far more carefully than the traditional ‘1 person per 100 sq ft’ formula,” he advised.

Bidwells knows from its own experience that this rings true, having conducted a workplace study that revealed out of 250 people based at the Cambridge office, there were on average only 100 in the office at any one time. “Having some form of science behind it to say we don’t need that many permanent fixed desks challenged what we always used to do, which was incredibly backward. It was quite a change for some people, but for the younger generations it wasn’t.”

INFORMALITY AND AMENITY TOP OF THE AGENDA
One of the key cultural drivers behind how space is used is a desire for informal areas to work in. “Modern buildings are trading at a premium, with amenity space becoming more valuable, but it must also represent a strong investment for shareholders and earn its keep,” said Howard Group’s Development Director William Jewson, with the conversation moving to CB1’s 50/60 Station Road site where Brookgate is developing 156,000 sq ft of Grade A office space on behalf of Aviva Investors Real Estate. “It’s a good example of this,” agreed Will Heigham. “Aviva has now incorporated the adjacent retail unit and has doubled the reception space to add a café.”

Despite an efficiency drive, the reimagined workplace remains a valuable asset when it comes to talent acquisition and retention, with the modern Employer Value Proposition (EVP) very much incorporating the physical environment. Charles Staveley, Partner at Mills & Reeve, explained how his firm involved people of all ages from across the business to inform the redesign of the Norwich premises three years ago. “They had complete input into the refurbishment and it’s a completely agile environment,” he said.

With innovation, creativity and collaboration buzzwords for a Millennial audience, sufficient physical space is needed to deliver on this promise and future skyscrapers are more likely to be full of imaginative areas to encourage these behaviours rather than formal meeting rooms.

Jason Matthews, Director of Estate Strategy at the University of Cambridge, is also an advocate for change. With much of the University’s vast portfolio designed historically for a specific purpose it’s not an easy task. “Our footprint is so big but it has to change in terms of what it offers. Everything is up for grabs. We need to design for the future but creating change takes time.”

LESS DIVISION BETWEEN HOME AND WORK
David Lewis, Partner at the London office of NBBJ architects, which has designed the concept for Howard Group’s groundbreaking space, The Works at Unity Campus, believes this trend is indicative of a bigger shift.“Social change impacts buildings,” he explained. “In the 1930s, Le Corbusier said the modern movement would never work in Britain because when he looked at our little houses and gardens, he realised our private lives dominated our public lives. What’s happened now is a complete social turnaround – how we integrate with other people has become more important.”

Co-working organisations such as WeWork provide all the practicalities with the addition of a sense of community, something clearly embodied in its strapline ‘Create a world where people work to make a life, not just a living’. Prioritising end user needs and incorporating the most attractive aspects of co-working culture is the smart move, according to David.

Recommending this approach to Howard Group’s Director of Porfolio Development, Colin Brown, NBBJ designed the masterplan for The Works. “They explained that our likely occupiers and their employees work very differently to us. They are happy to put in longer hours, but want work to feel more like home,” said Colin. “It has been designed intentionally to be like this, giving organisations the opportunity to have their own area but also creating shared amenity space. Although the tenant floorplate might not be smaller, we’re offering a whole lot more to an occupier.”

Deloitte’s Chris Robinson has also seen the success of collaborative buildings firsthand.“What was initially something for startups or incubator space now has large corporates getting on the bandwagon with space increasingly being used as a release valve because headcount plans are uncertain and flexibility is helpful.”

Richard Dickinson, One Nucleus’ Head of Member Services, is also seeing larger occupiers in the biotech sector adopt creative ways of working, impacting space requirements. “Abcam is a great example of how things have changed – one to one meetings will be done walking around the science park.”

The conclusion from the lively discussion? The workplace is no longer just a place for work and the real estate industry is ready to be disrupted.